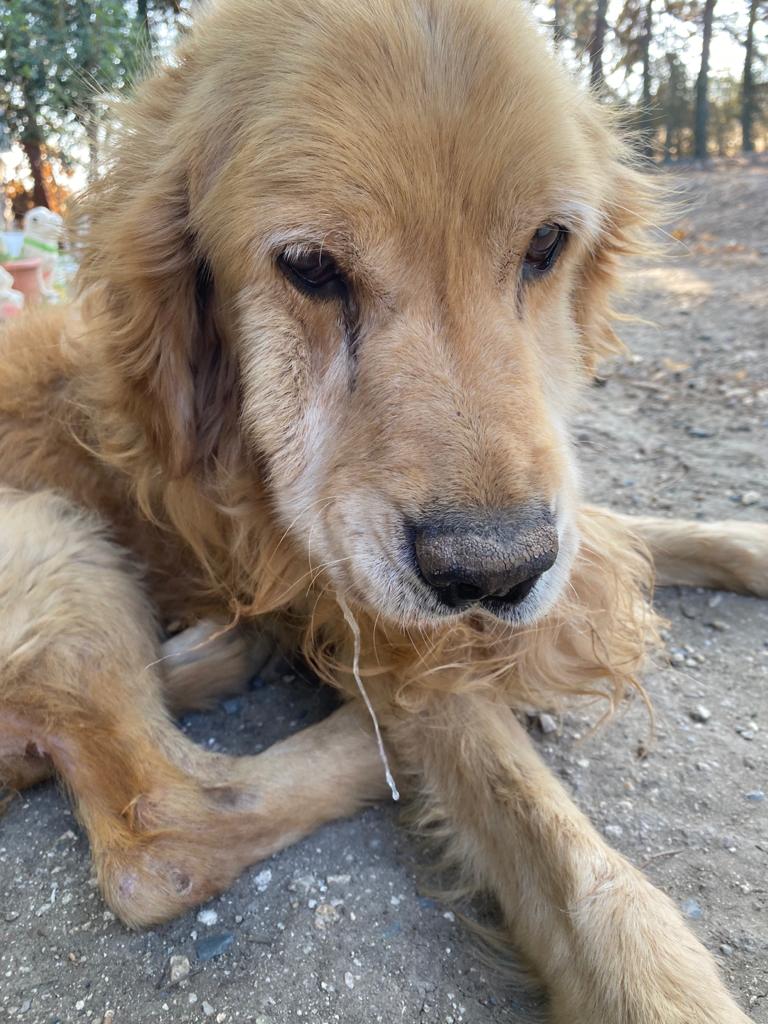 We found Shadow in a forest near Istanbul in Turkey. He was in a terrible condition. His hair was all matted, half of his tail was missing, he has sores all over him and his back right leg was badly broken. We do not know what caused this but all the evidence pointed to deliberate physical abuse. When he was x-rayed, his stomach was full of soil – he had been eating soil to try to survive as he had no access to food and no way of moving to find it in his condition.

We sent him straight to the vets and they operated to amputate his badly broken leg which they advised was best for him. He survived the operation and had a little to eat but died shortly after. The vets believe a blood clot formed in his body after the operation and that is what killed him. There was nothing they could have done.

We are desperately sad that we were not able to give Shadow his happy ending but we were so humbled by all the support our community gave us to try and help this boy.

Shadow – you are forever in our hearts. May you be at peace and always remembered by our community.